April 7th is one of my favorite cocktail-related anniversaries: This year, it’s the 84th anniversary of the passage of the Cullen-Harrison Act. It’s more correct to say it’s a beer-related anniversary and, even more officially, National Beer Day! You can read my two previous posts about the act here and here. I’ll keep piggy-backing on previous posts, but the one sentence version is that the Cullen-Harrison Act was a 1933 piece of Congressional legislation that provided for the sale of beer (or wine!) with an alcohol content of 3.2%. In honor of the occasion, I found a 1902, pre-Prohibition booklet called “How Good Ale is Brewed.” 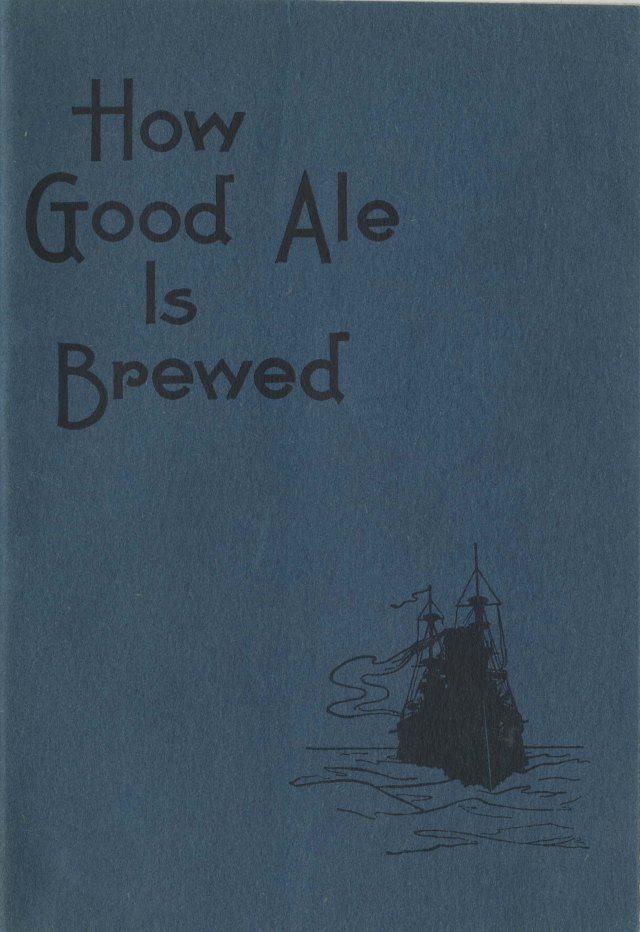 I like the noble introduction this item, that can be found on page 2 (transcribed below): 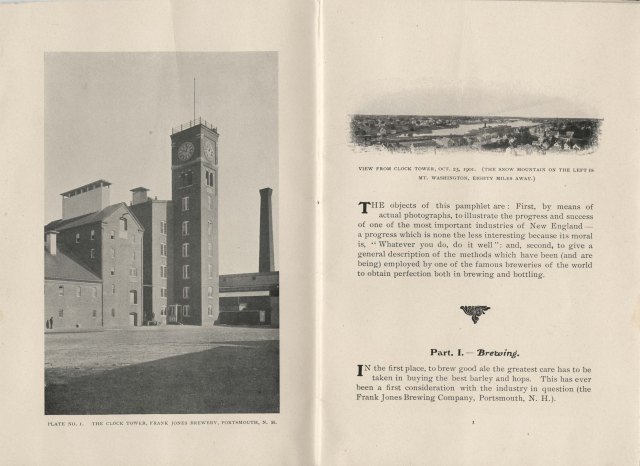 The objects of this pamphlet are: First, by means of actual photographs, to illustrate the progress and success of one of the most important industries of New England–a progress which is none the less interesting because its moral is, “Whatever you do, do it well”: and, second, to give a general description of the methods which have been (and are being) employed by one of the famous breweries of the world to obtain perfection both in brewing and in bottling.

This pamphlet was a new find on the shelves for me, and it’s a great, photograph-laden tour of the brewery and the brewing process. Most of the pages include several images, like these examples!

My favorite page was the last one that includes the label art from the brewery and a nice description of the beers the company produced at the time.  (Please note the “Nourishing Stout” which was “highly recommended by the medical faculty in all cases of weakness or during convalescence.” ) Much like the bitters and patent medicines, beer also had a place in medical history! 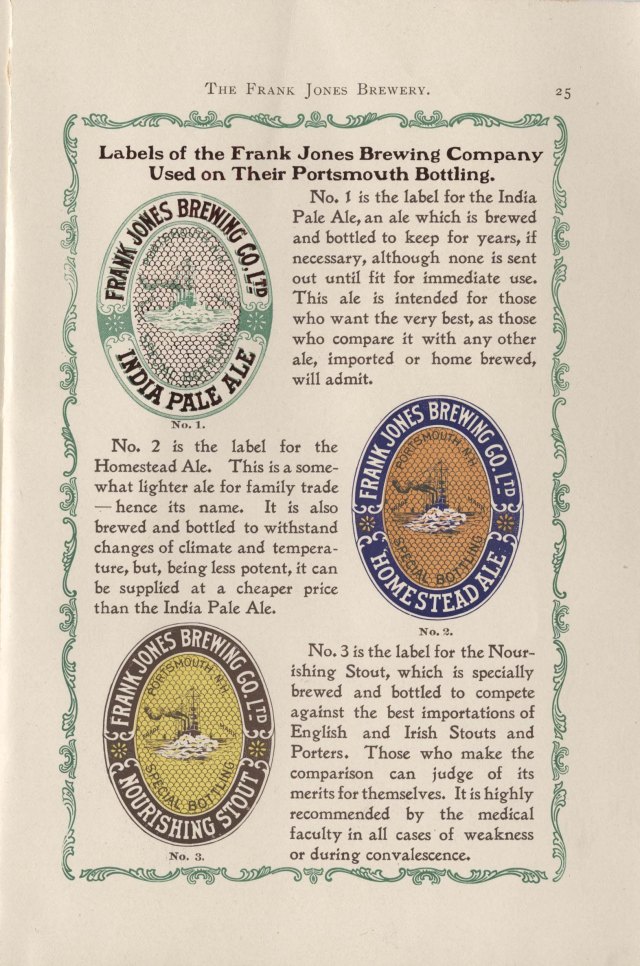 If you’ve never heard of the Frank Jones Brewery before, don’t feel bad. While it had a long run in one form or another (1854-1947), the Frank Jones Brewery, like many others in the alcohol business, was crushed (like an empty beer can?) by Prohibition. It closed its doors when New Hampshire as a state banned booze in 1917 (many counties already had restrictions in place). While a brewery reopened on the site after Prohibition ended, it wasn’t called the same thing. From 1933 to 1937, it was the Eldridge Brewing Company of Portsmouth, named for a former rival of Jones’. After that, the brewery reverted to the Frank Jones Brewery (whose recipe the owners had been using all along) and the name of standard ale was renamed “Frank Jones Ale.” Pre-Prohibition, the brewery was widely available and a strong competitor with brews from other large New England and northeast cities. Later, though, it lost some of its market. There is an interesting history of the brewery online that explains all this in more detail for the curious.  Frank Jones himself, in addition to his reputation as a brewer, was also known as a politician. He was a Portsmouth mayor, a New Hampshire Congressman, and failed gubernatorial candidate in the last third of the 19th century. He was born (b. 1832) and raised in New Hampshire and actually died the year this booklet was published (1902).

On National Beer Day, a pamphlet like this reminds us to give a little tip of the hat (or clink of the glass) to Mssrs. Cullen and Harrison and the demise of the Volstead Act, without which we wouldn’t be collecting these cocktail and beer history materials today!