This week, many of our staff are at the Society of American Archivists annual conference. This includes me, your usual archivist/blogger Kira who is, quite excitedly, presenting on a panel this year. “What panel?” you ask. Why, one about food collections and outreach! So, while I’m off definitely learning from others and hopefully inspiring a few colleagues, too, we’ve got another culinary lesson here on the blog. Despite the high temps in Blacksburg the last couple of weeks, I went a little crazy and was baking last week. For the library’s annual summer picnic, I whipped up a couple of cobblers (thanks to a very simple, 6 ingredient recipe!): blackberry peach and strawberry blueberry. While it may not have been the smartest move, turning on the oven and all, the summer smacks of cobbler to me and I hadn’t made one in a long time. Which also has me thinking about baking. I respect the fact that  baking is a precise and scientific art, but I’ve never been good at that in the kitchen. And, I’ve gone this long with any major baking disasters in my life (we’ll save tales of cooking and candy-making disasters for another day). Still, there’s plenty to learn from our historic resources, like The Pastrycook and Confectioner’s Guide for Hotels, Restaurants, and the Trade in General, Adapted Also for Family Use, Including a Large Variety of Modern Recipes. The title actually goes on, but we’ll take a break there. (You can see the rest of it on the title page below.) 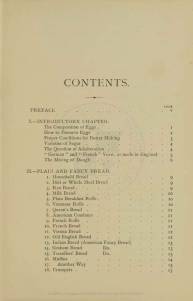 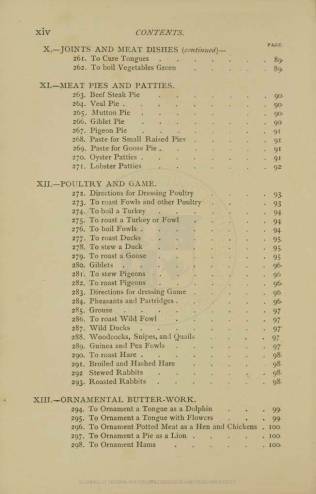 Written by Robert Wells in 1889, this is a short, but detailed, British guide to baking, confectionery (including sugar-work), meat pies, ornamental butter, and more. Since this is a British book, you’ll notice a few differences, but nothing that can’t be overcome in the historic or modern American kitchen. Castor (aka caster) sugar, for example, isn’t that common in the U.S. These days, though, it can found in some stores, most definitely online, and, with modern kitchen technology (a coffee/spice grinder or a food processor), you can make it yourself! 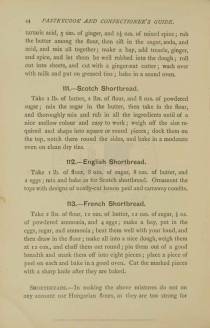 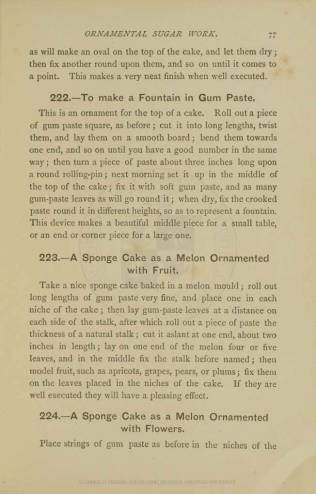 While, at first glance, this book may seem like a strange conglomerate of recipes–I can see including meat pies in a book on pastry–there is a theme here. The sections on cooking meat and poultry may seem a bit out of place, but if you can’t cook them properly, they aren’t going to make for a good meat pie. The one thing that is really lacking, especially since this is designed to be a manual not only for other professionals, but for the home cook, was pictures. I, for one, would love to see #294: To Ornament a Tongue as a Dolphin. This seems like the kind of manual that would benefit from a bit more visual content, but perhaps the lack thereof gives the home and professional the freedom to be creative rather than match a certain image.

The entirety of The Pastrycook and Confectioner’s Guide can be found on Special Collections Online, our digital platform: http://digitalsc.lib.vt.edu/HFDBooks/TX773.W4457_1889. You can read it online or download the pdf for later if you’re interested. Take a moment to learn something new about culinary history this week, even it’s just a little fact. I know I’m looking forward to finding out what my colleagues are doing with food history collection and outreach. I might even have some tidbits to share when I get back! Until then, good eating (though if your summer is as hot as our in Blacksburg, you might want to take a word of advice from me and skip the baking for now)!

One thought on “Summer (Cooking) School, Part 6: British Baking at Home, Abroad, and in the Trade”