Last year, with so many new culinary pamphlets from the 19th and 20th century piling up around us, Special Collections decided to create a collection just for these little gems: The Culinary Pamphlet Collection, Ms2011-002. And we’ve featured one or two of them before (“Lunch in Wartime” and “Canned Meat…at the Beach!” for example). This week, we’re sharing three pamphlets from three different companies/institutions, all with a common theme: Victory! 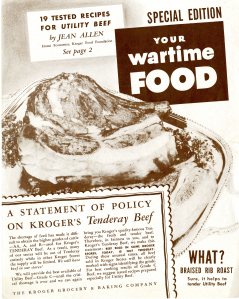 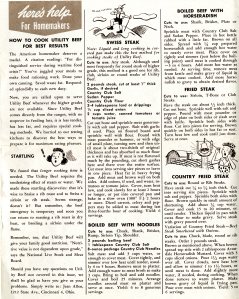 Cheese was a great source of protein under rationing, and even it could be stretched to help feed a family. The modern Kraft, Inc. has had a series of names over time (10 names changes since its early days as “Kraft Cheese Company” to be exact!). It is hardly surprising that they produced some useful pamphlets during World War II, including “Cheese Recipes for Wartime Meals: How to Make Your Cheese Go Further” in 1943. While the black and white images may not to the dishes justice, this small publication contains cheese recipes for roasts, casseroles, vegetables, egg dishes, strata, puddings, and sandwiches. 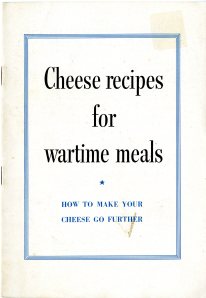 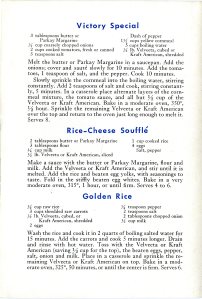 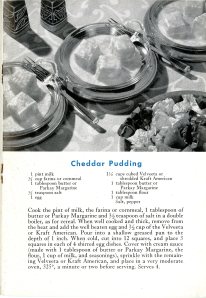 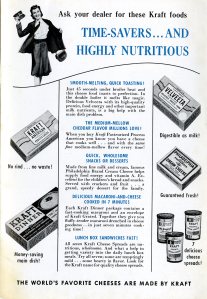 Lastly, for this week, we offer The Wartime Cookbook: 500 Recipes, Victory Substitutes and Economical Suggestions for Wartime Needs from 1942.  In addition to recipes, the booklet is filled with slogans, small photographs, logos, and explanations of what foods are available and why. There is also a good deal of nutritional information throughout. 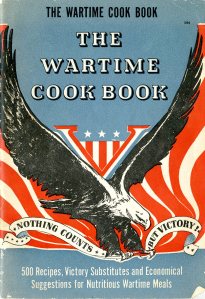 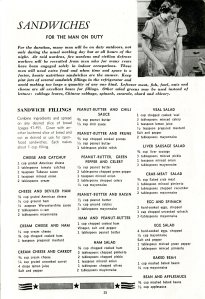 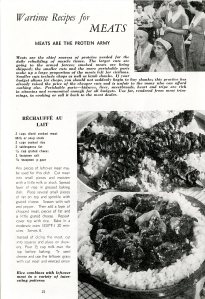 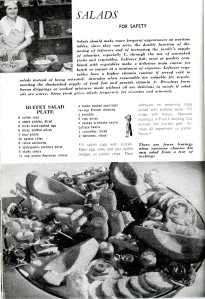 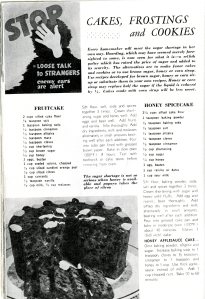 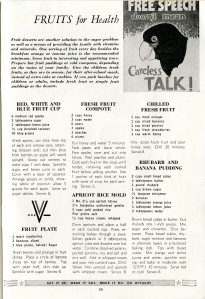 There is a finding aid for the Culinary Pamphlet Collection, with a list of pamphlets available online. Just keep in mind, this collection is ALWAYS growing. From Jell-O to shredded wheat, from olive oil to shortening, and from waterless cookers to blender–the collection includes pamphlets and small publications from food companies/councils, appliance makers, insurance companies, and restaurants/hotels. They all offer different perspectives, some creative recipes, and a more than a fair share of colorful illustrations. It’s DEFINITELY worth a visit and a look!

One thought on “Pamphlets for Victory!”